The Peninsula Arts Center is a Fair Trade Music venue.

Take a tour of our Gallery of Past Concerts!

Although Covid case numbers are very low here, we’re continuing to hold our concerts out in our tent for the time being.
We’re still hoping to move back inside at some point, but if the last couple years have taught us anything, it’s not to make long-range plans.

Watch for our emails, which will always have the latest info.

Join us for a virtual open mic hosted by the Peninsula Arts Center every Friday evening.

The link will go live at 6:45 for sign-ups and we’ll have people play in the order in which they join the meeting.

Hope to see you there! 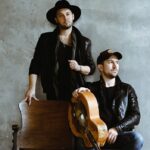 We’re very pleased to welcome David Jacobs-Strain back to this Arts Center, this time joined by Christopher Worth.

Drawing from a variety of roots and blues influences with a modern flare, Christopher Worth & David Jacobs-Strain are an inimitable acoustic duo. The two began playing together in 2018 after jamming around a songwriters’ fire and soon after were invited to play a variety of main stage sets at US festivals across the west coast. Within only a couple months they hit the studio to track what would become Rhududu Sessions Volumes 1 & 2.

Tracked live with minimal editing or overdubs, Rhududu Sessions Vols. 1 & 2 features original material from both writers, several co-writes, and a cover of the cult classic Robert Johnson song “Cross Road Blues.” Though their command of craft is clear from the first note, it is the rawness and honesty of the performances that are most impactful. David’s delicate and fine touch on slide guitar is the perfect complement to Christopher’s rhythmic backbeat, and the two both have rich voices that complement one another seamlessly. Above all it is their attention to space and dynamic that sets these recordings aside. The songs are classic and poetic in both lyric and melody and come alive through the deftness of their respective performances.

Between the two they have shared stages with (to name a few): Etta James, Robert Plant, Allen Stone, Nahko and Medicine for the People, Rising Appalachia, SaQi, The Polish Ambassador, Dirtwire, John Craigie, Shook Twins, Fruition, and many more…

Christopher and David are currently in the middle of tracking their first full length record at Tiara Street Studios in Eugene (scheduled release March 2023). 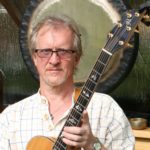 Popular local artist Steve Frost is a multi-talented singer, guitarist, and songwriter. He’s an in-demand player for other artists’ CDs, and also an accomplished watercolorist. His shows are lively, entertaining, and cover a lot of musical territory.
~ Seating is limited to 36 people ~
For reservations, email events@peninsulaartscenter.org, call Bill at 360 901 0962, or buy tickets with the link below.
Click here for tickets 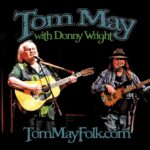 “Fifty Years ago I resigned from a lackluster college sojourn and headed for Toronto. I had already done a lot of performing primarily in Omaha and St. Louis.

But when I met Gordon Lightfoot and played a few songs for him he suggested I come to Canada and try my luck there. And he offered to help with connections, so I took off for the northland in that autumn of 1972, a 19-year-old with an unreliable old car, a 12-string Martin guitar, and little else.” – Tom May

Tom May has made music his career for 50 years. He produces a weekly syndicated radio program “River City Folk”, heard throughout the US since 1985. He is also the founder, producer and director of Portland’s largest annual folk music event, “Winterfolk”.  He has released 14 albums and toured across the US, Canada and overseas solo and opened for artists as Gordon Lightfoot, Alabama, and Willie Nelson.

In 2020 his memoir “I Wouldn’t Count on It- Confessions of an Unlikely Folksinger” was released. Full of fascinating, humorous tales of the road and the music business-from an artist who has been involved in so many facets of it for decades. 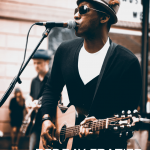 Redray is an amazing talent. His music ranges from a capella gospel music to a soulful mix of rock, folk and blues. Delivered by one of the finest vocalists you’re likely to hear.

Accompanying Redray will be Matt Brown, an absolute master of the electric guitar and among the most in-demand session players in the Northwest.

It’s been quite an evolution for this native New Yorker. From singing gospel music in his father’s Baptist church, to recording contemporary R&B and house music for Epic/550 and A&M Records, valuable experience was gained. Redray then toured the country as front man of the soulful rock-band “Mosaic” on the H.O.R.D.E. music festival. Through opening for Lenny Kravitz and Blues Traveler, to name a few, Redray gained notoriety. Soon thereafter, he joined former front man of “The Talking Heads”, David Byrne’s in his touring band from 2008-2010.

While Redray uses all of his influences, his songwriting draws comparisons from Ben Harper, Maxwell to The Black Keys. However, his smooth and smoky vocal quality along with his gospel approach set him apart. “I’ve always listened to various styles of music, everything from Curtis Mayfield to The Alabama Shakes.It doesn’t matter to me, as long as the music has heart.”

Two masters of the blues together in a rare appearance 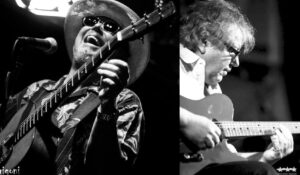 Jones is a master of the soulful understatement, the raw growl, and the groove. From his roots in muddy Oregon soil, he’s forged a 30-plus-year career as an impassioned singer and fierce guitar slinger, a clever and soulful songwriter, a bandleader, record producer, and an almost strident torchbearer for all that’s true and good about America’s music.

Lloyd has played with a who’s-who of the blues: Robert Cray sings his praises the way Sister Rosetta Tharpe sang gospel. Delbert McClinton won’t cruise the high seas without him. Clarence “Gatemouth” Brown, Joe Louis Walker and Coco Montoya saw fit to record his songs, and he’s toured with the likes of Earl King, Big Mama Thornton, Otis Clay, Etta James and scores of others.

Mark Shark is an accomplished musician, composer, and multi-instrumentalist whose work over the past three decades in California has taken him around the world and offered him an education unique to those not attending formal studies. He teaches various stringed instruments at both Five Star Guitars and Portland Music Company. Throughout his career he has had the pleasure to have played and recorded with many of his own personal heroes, including the likes of Jesse Ed Davis, Jackson Browne, Bonnie Raitt, John Trudell, Taj Mahal, Bob Dylan, George Harrison, Terry Evans, and many more.

It’s time for another Local Artists Showcase, and this one will feature songs by women artists.
We’ll again have performances from local artists covering a wide range of writers.

The show will be a benefit for the Long Beach Peninsula Acoustic Music Foundation. Admission is $15 at the door. 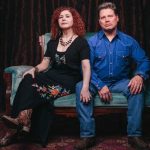 Maria Francis and Jeff Overbo define modern Americana with Silver Lake 66. With a winning amalgamation of classic country, folk and blues, their songs have been hailed by numerous publications and radio stations. Given their knack for authentic, heartstring-tugging songwriting, impeccable harmonies and ardent guitar-playing, it’s no wonder that the duo has been consistently on the rise. Together, they perform outstanding roots-laden duets following in the footsteps of Americana greats from Lucinda Williams to Shovels and Rope.

The Huffington Post’s Randy Radic describes Silver Lake 66’s music as “elegant simplicity” and “the real McCoy.” For Folk’s Sake’s Jonathan Frahm calls the duo “the real deal” and highlights their “sweet harmonies that mesh the entirety of their sound together.”

Silver Lake 66 will be releasing their third album, The Space Between Us in the summer of 2022. With wildfires burning, a pandemic, and mass protests persisting near their home in Portland, Oregon – Francis and Overbo took solace in writing and recording music in their basement studio. The duos’ reaction to the one of the most uncertain times in American history is an album of emotionally raw and genuine performances, with remarkably strong songwriting. The songs reverberate with the tension of an anxious world, but also showcase a playful sense of humor which provides balance even in dark times. A first-rate band of Portland musicians contributed to the album, including Jenny Conlee-Drizos (The Decemberists) on piano, Kyleen King (Brandi Carlyle) on violin and viola. 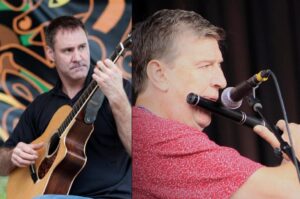 Cary Novotny is an outstanding guitarist and entertaining vocalist who’s been actively involved in the Irish music scene for 20 years.

His trademark sound has made him one of the most in-demand guitar players in Irish music today. With unerring rhythm, boundless energy and versatility, he varies from breakneck speed to delicate finger-style in the blink of an eye.

Johnny Connolly is one of the finest button accordion players to be found anywhere. Born and raised in Dublin, Ireland, he grew up steeped in the traditions of Celtic music. Johnny has most recently been touring as a member of internationally acclaimed Irish band Solas and is featured on their latest CD ‘All These Years’.

Laurence Nugent comes from the village of Lack in County Fermanagh, an area of Northern Ireland that is steeped in the traditional arts of music, singing and storytelling.

He carries on a great tradition of virtuoso playing on both sides of the Atlantic. As a well-established performer and recording artist, he has performed with scores of top musicians including The Chieftains, Van Morrison, Martin Hayes, Arty McGlinn, Paddy Keenan. Laurence has toured extensively throughout Ireland, the United States, Canada, Europe and Japan. He has been a featured performer at most major Irish music festivals including: Milwaukee Irish Fest, San Francisco Irish Fest, the Glen Echo Festival in Washington DC, the Willie Clancy Summer School in Ireland, and the International Flute Festival De Cornouaille Quimper in France, etc. His playing has been heard extensively on the radio both the US and Ireland including: National Public Radio, A Prairie Home Companion, The Studs Terkel Show, and Ireland’s national radio network RTÉ. 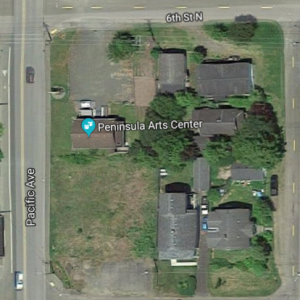