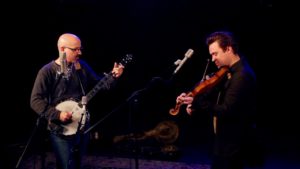 “Tony Furtado is a major musical force without a doubt. He has his black-belt in voice and bottleneck guitar and his banjo playing scares the crap out of me.” – David Lindley, musical adventurer

Very few musicians of any stripe so personify a musical genre as completely as Tony Furtado embodies Americana roots music. Tony is an evocative and soulful singer, a wide-ranging songwriter and a virtuoso multi-instrumentalist adept on banjo, cello-banjo, slide guitar and baritone ukulele.

He first attracted national attention in 1987, when he won the National Bluegrass Banjo Championship in Winfield, Kansas. Not long after that, a second victory at Winfield, in 1991, bookended his first years as a professional musician.

Tony has toured with such legendary musicians as Gregg Allman and with such esteemed slide guitarists as David Lindley, and Derek Trucks.

Luke Price is a talented young multi-instrumentalist known for his great balance of taste, rhythm, and technical ability. He is known for pushing genres, styles, and fellow musicians into new territory while delicately respecting the great musical traditions that have come before.

At the young age of seven, Luke began competing in fiddle contests and quickly made a name for himself winning the National Title at ages 12 and 17, along with a long list of awards from contests all across the country, including The Fiddlers Frolics and the Grand Masters. In 2014, he became the National Old-Time Fiddling Grand Champion.

Tickets are available through Brown Paper Tickets, by calling Bill at (360) 901-0962, or by emailing events@peninsulaartscenter.org.

Wine, beer, and other refreshments are available for purchase.