Stout Pounders
Stout Pounders is a Seattle based Celtic Folk band. Since 2007 the band has brought new energy and comedic twists to time tested Scottish and Irish Folk music. Stout Pounders are great for pub atmospheres or large festivals. The band plays regularly around Seattle and has been the house band of the Seattle St. Patrick’s Day Dash since 2009.

Portland, OR based Cary Novotny is an outstanding guitarist and entertaining vocalist; he has been actively involved in the Irish music scene for 20 years.

His trademark sound has made him one of the most in-demand guitar players in Irish music today. Cary was a founding member of former Lord of the Dance fiddle-duo, The Bridies, Johnny B Connolly’s Bridgetown, and Portland’s venerable Irish band Cul an Ti. 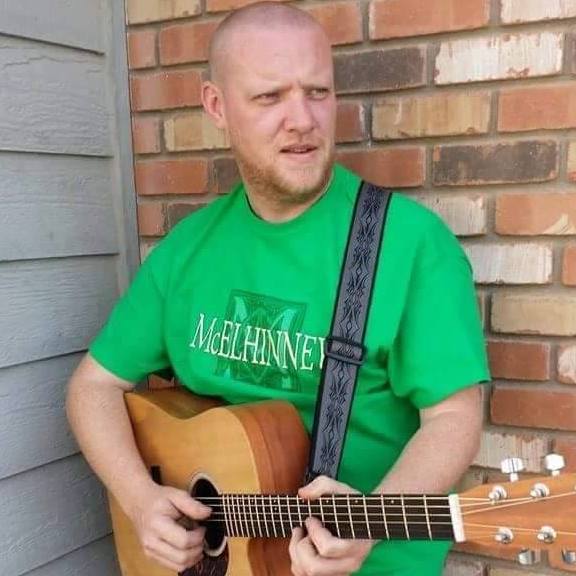 That Irish Guy
Born in the town of Omagh, County Tyrone in Ireland in 1974, That Irish Guy has been steeped in music from an early age. His great-grandmother was Sarah Makem, the celebrated folk singer and song collector from Keady in Count Armagh. Her son, Tommy, was himself a famous folk singer in America, having gained the moniker “The grandfather of Irish folk” with the Clancy brothers. His uncles, Tom and Jimmy Sweeney played in Barley Bree in the 70’s and 80’s. That Irish Guys’ influences range from the staple of Irish trad music to American folk artists such as Guy Clark, John Prine and Townes Van Zandt. 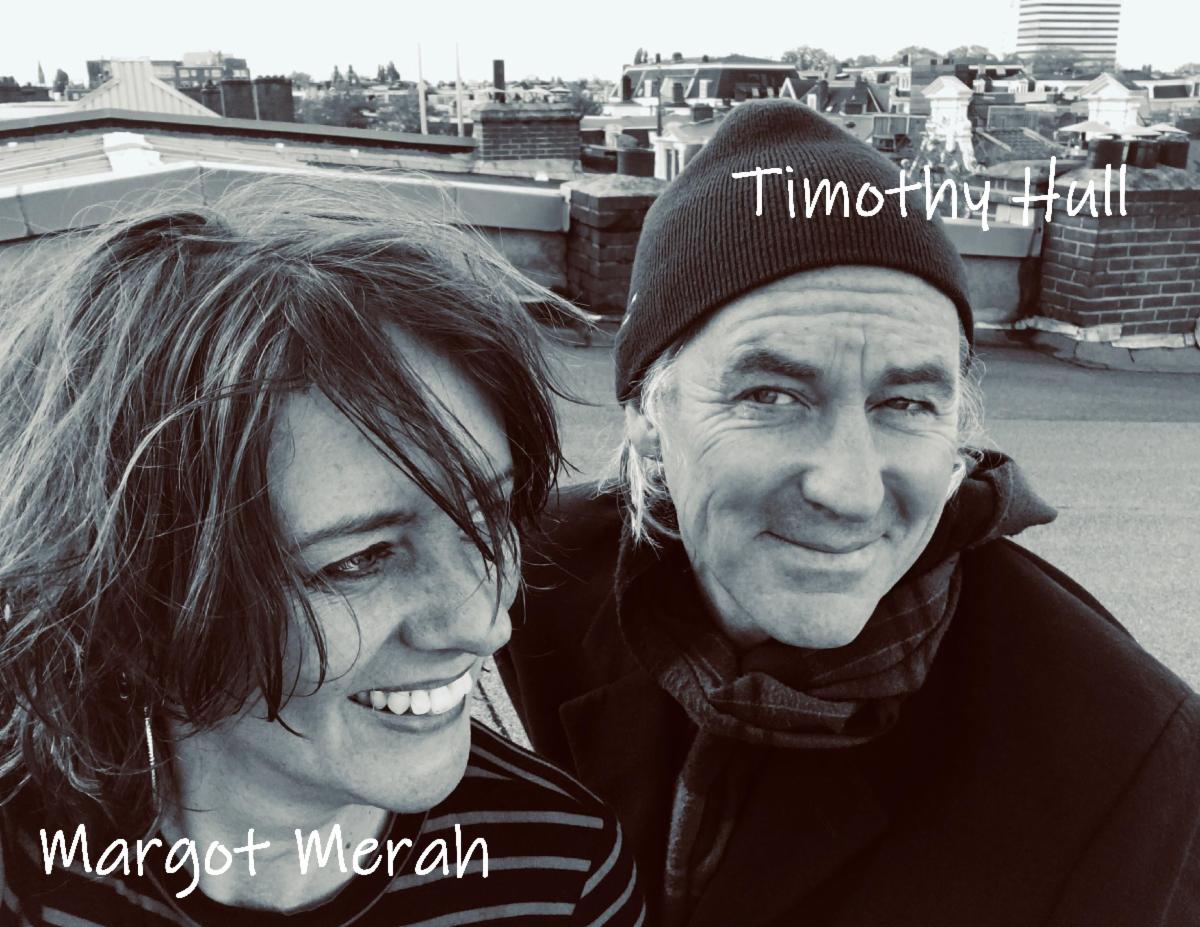 RONA
Dutch singer-songwriter and folk musician MARGOT MERAH hails from Passlo, the Netherlands. Currently based in Amsterdam, As a member of The Lasses Margot has been singing and touring extensively around Europe, Japan, and the US for the several years. TIMOTHY HULL is a widely appreciated singer-songwriter from Whidbey Island, Washington. He has toured widely over the past eighteen years. 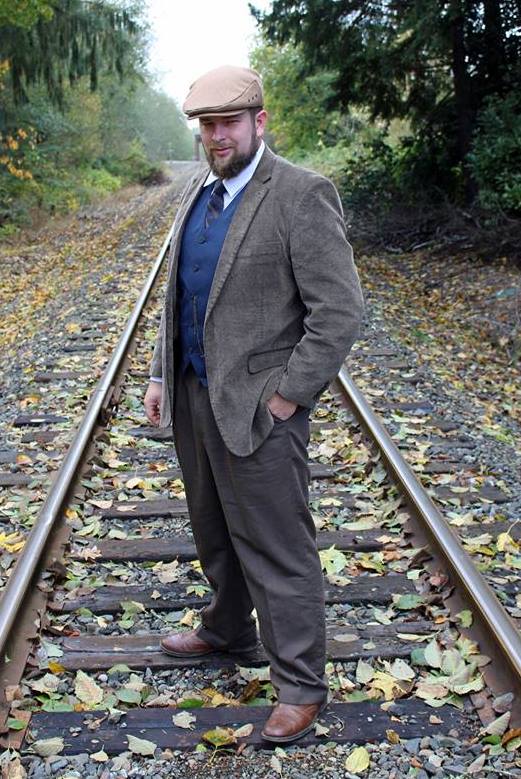 The Bold Doherty
Zach Doherty has been bringing Irish folk music to pubs and festivals for many years. His music draws the crowds, warms the heart and sells the beer. 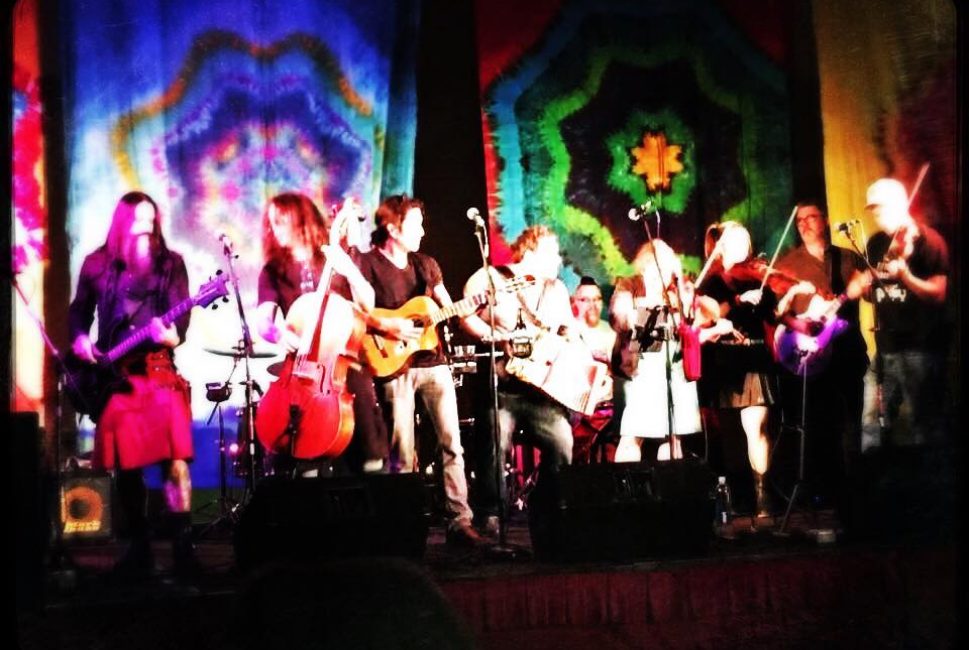 Ockham’s Razor is a Seattle based Celtic fusion band blending influences of Celtic and Irish tradition with rock, pop, gypsy, punk, jazz, bluegrass, and folk elements to create a unique niche in the Celtic folk genre. 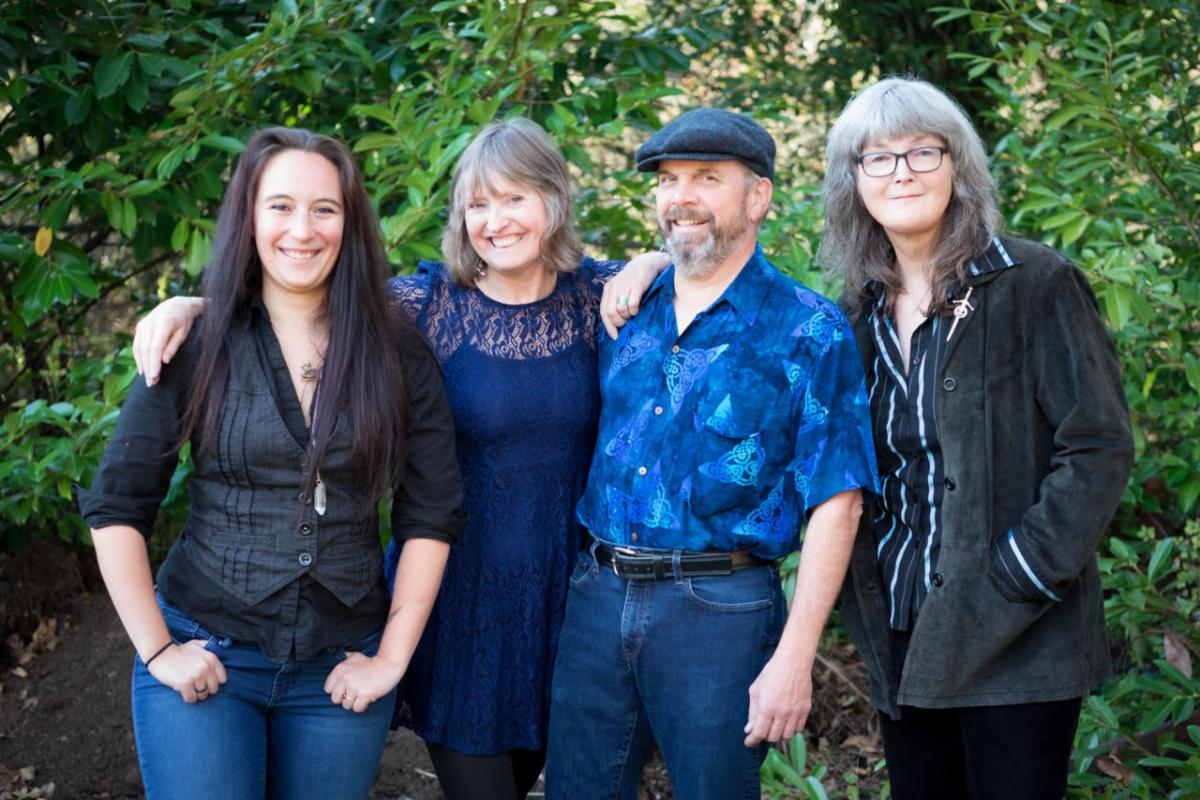 Curlew’s Call…
…is a Celtic and Maritime band based in Olympia, WA. The group plays rollicking songs and tunes at Irish pubs, festivals, and private events around the Northwest. 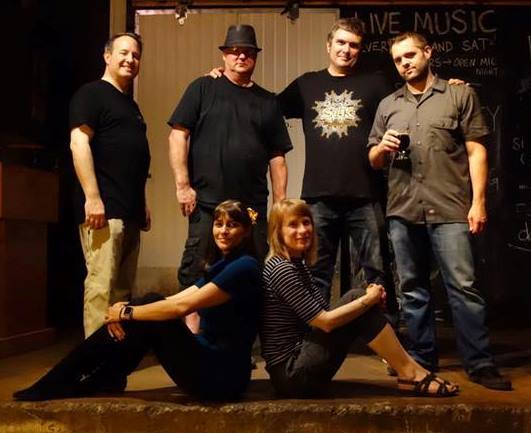 Sons of Malarkey
Sons of Malarkey have a foot in Irish Trad and a foot in Celtic Rock and are the perfect mix of the two. Their smooth vocals and fantastic music capture listeners from the first note. SOM has always had a strong love of the traditional, but they love the modern elements as well. An SOM set includes covers of traditional Irish favorites such as “Finnegan’s Wake” and “Whiskey in the Jar”, as well as toe-tapping originals like “Gone, Gone, Gone”. 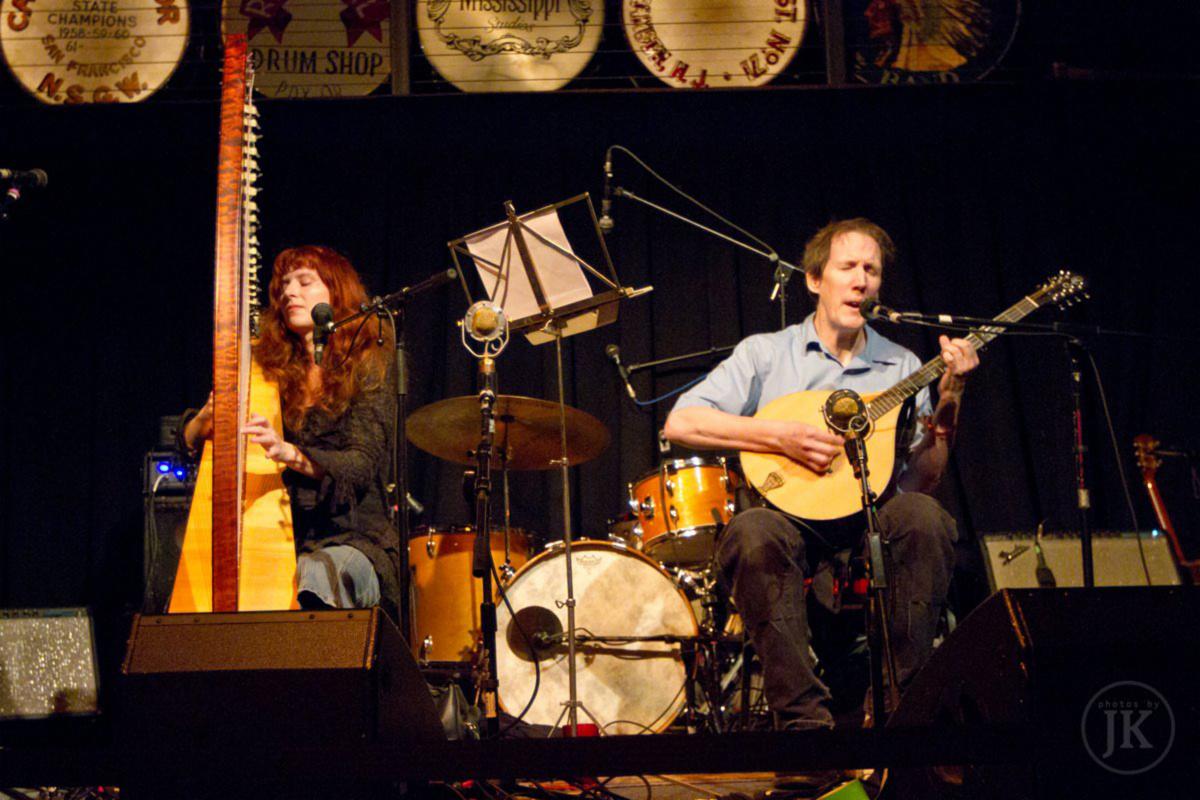 Elizabeth Nicholson & Bob Soper
Harpist and singer ELIZABETH NICHOLSON is considered among the top American interpreters of Irish traditional music for harp. BOB SOPER is counted among Portland’s most astonishingly versatile multi-Instrumentalists. One the NW’s most sought after players, accomplished on fiddle, guitar, & bouzouki and a singer of both Irish and American traditional
styles. 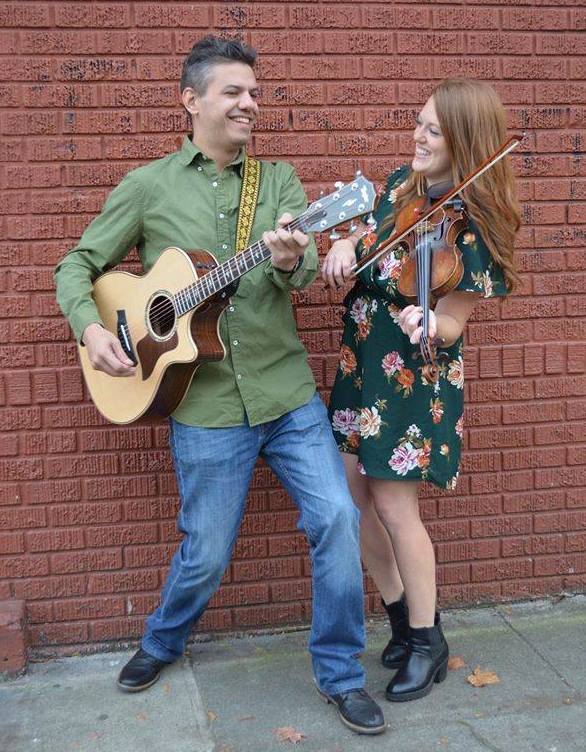 Katie Jane Band
The Katie Jane Band is all about spreading the joy of Celtic music to their listeners. The talented duo has a fiery energy that is only rivaled by their unmistakable on-stage chemistry. Not only do these talented musicians perform original arrangements of high-speed AmeriCeltic fiddle tunes and heart-warming original songs, but their dynamic performance gets toes tapping and dancers dancing in every venue they attend. Katie Jane is exploding with pure joy while she plays, and her sweet dulcet voice could melt an ice cap. Alongside her is Adam’s multi-instrumental accompaniment whose unique rhythmic melodies blend to create a perfectly balanced musical counterpart. 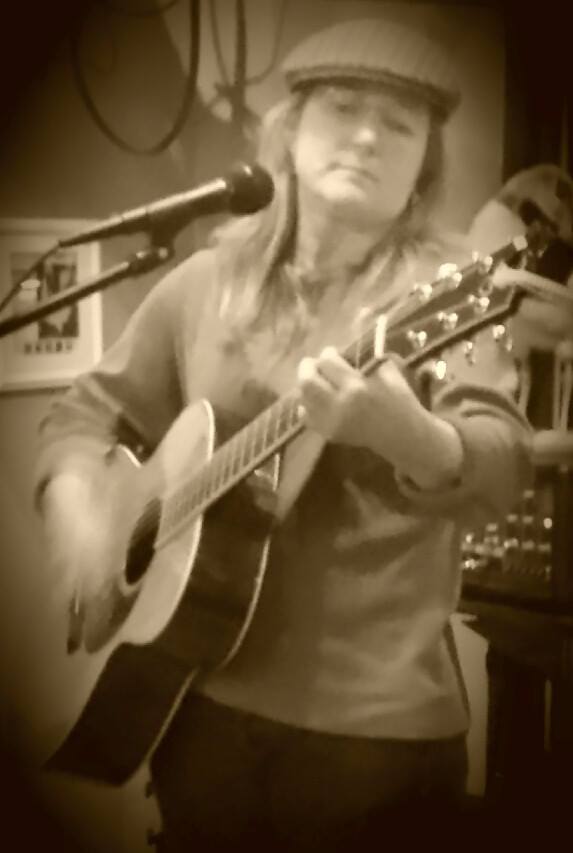 Marian Frances
Marian picked up a guitar at the age of five and just can’t put it down! Music is how Marian connects with people and stays connected to herself; being on stage is not ‘performing’ – it is exposing and sharing one’s innermost joys and aches, sometimes flawed, but always authentic, and always genuine.

Influenced by the likes of Emmy Lou Harris, Bob Wills, Christy Moore, and Mary Black, Marian prefers to think of each song as a story, with pictures drawn through notes and lyrics. With a healthy mix of original compositions and cover renditions, her sounds range from bluesy folk and old school country to lively or haunting Irish.

Kathryn Rose
One of the finest traditional Celtic voices we’ve heard, with an amazingly large repertoire of songs spanning from the 15th Century to the modern day. 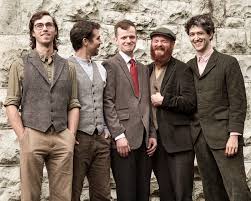 Biddy on the Bench
Portland’s own “Biddy on the Bench” breathes life and authenticity into old standbys of the genre and lesser-known tunes alike. The band approaches each song, each melody, with a passion for the music and sharing it with others.